produced and arranged by Hayden Chisholm and Burnt Friedman – recorded by Wolfgang Stach in Cologne, October 2005

“One of the albums getting very high rotation at Chateau Peril at the moment is Root 70’s Heaps Dub (…) Saxophone, clarinet, trombone, double bass and light touch drum work combine with Friedman’s subtle post-production effects, revealing the strength of Friedman (and Atom Heart’s) original compositions even when freed from their digital roots. Root 70’s Heaps Dub is one to check.” (Perilious, AUS)

“The ten tracks assembled on HEAPS DUB all come from the diverse albums Friedman has released with the projects Flanger – together with Atom™ – The Nu Dub Players and also solo on Nonplace from 2000-2004. This selection was chosen by Hayden Chisholm. HEAPS DUB presents the reconstruction of the reconstruction: Friedman in his original programmed work has always tried to come as close as it gets to the authenticity of natural instruments and the spirit of a band playing – to question the very principle of “natural”. ROOT 70 on this album have “re-naturalized” the programmed works of Friedman – not necessarily to question the very principle of “programmed”, but to show that these works are true songs in their own right, as well as musical favourites, no matter what the overall circumstances might be.” (Daniel Giebel) 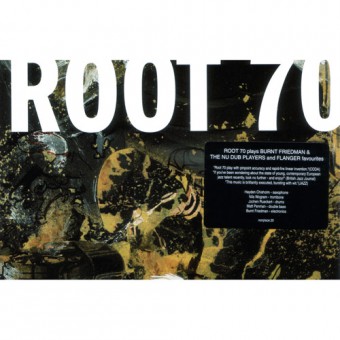