“Though this is a producers-album, this must be one of the most vivid jazzrecords lately released!” (review by Volkskrant, NL)

Produced by Atom™ and Burnt Friedman

“The production methodology adopted by Uwe Schmidt (aka Atom™) and Señor Coconut and Nonplace head Burnt Friedman for their latest project differs little from before-once again the duo exchanged material electronically between their studios in Santiago, Chile and Cologne, Germany, this time over a three-year period-but the sound is drastically different. Unlike the electronic neo-jazz of Inner Space/Outer Space, Spirituals is a full-fledged foray into 1920s New Orleans blues and Dixieland-embryonic Jazz in its innocent Swing beginnings. Jubilant echoes of Jelly Roll Morton, Louis Armstrong, Benny Goodman, and Django Reinhardt course through the album’s 45 minutes, with the contributions of clarinetist Hayden Chisholm (a lead voice throughout), vocalist Riff Jackson III (Richard Pike), and Triosk drummer Laurence Pike aka MF Shakespeare featured prominently. High points include “Funeral March,” a bluesy dirge of braying horns and clarinet soloing that sounds much like an early version of the Duke Ellington Orchestra, and “Hope To Hear Back Soon, Honey,” where the shuffling pluck of electric guitar parallels the vocal, the song further distinguished by a sweet, engaging melody line and a burnished tenor sax solo that would do Ben Webster proud. Uptempo fare like the New Orleans Dixieland bop of “How Long Is the Wrong Way?” alternates with the relaxed Count Basie stylings of “Down The River” and the laid-back Eastern groove of “In My Car.” Flanger plays it generally straight throughout, though some hint of digital tomfoolery surfaces in the sunny “Music Is Our Secret Code.” Be forewarned: Spirituals sounds nothing like Flanger’s previous releases (Templates, Midnight Sound, Inner Space/Outer Space) and the change is at first disconcerting. But those with an open mind and, more critically, a jones for 1920s Swing will find much to enjoy. Think of Spirituals as a spirited 45-minute visit to The Cotton Club-only a near-century after its opening.” (textura.org) 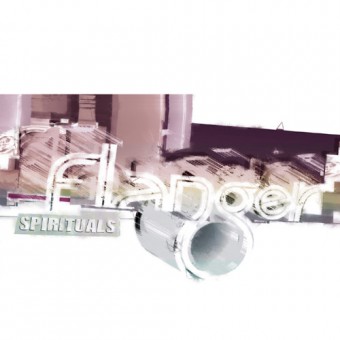