all tracks played and composed by Shank, produced by Burnt Friedman

This one week recording experiment took place in June 2003. Shank, a group of 6 passionate improvisers from Berlin set up their equipment in the large session room: drums / bass / guitar / percussion / trumpet / samplers and fx processors. The purpose: play music out of nothing. In another studio space prepared for recordings Burnt Friedman hooked up his computer and hard drives. 2 Album tracks are also included on Difficult Easy Listening (non14/tracks 1,5).

“(…) Shank’s music bears a consumately professional sheen and is both rather lovely and subtly anonymous. Vibes tiptoe about, occasionally sounding out melodies while drummer Matthias Trippner plays delightful stutter rhythms. Dub is a perennial fascination for Friedman and there’s a stoned, but wide-awake, outernational feel to this music. Bass and drums are to the fore throughout: Friedman is a former drummer whose earlier work was marked by a particular emphasis on rhythm though in recent years an increasing balance has revealed greater attention to melody as well. Shank’s Do is sunny, strange and resolutely un-teutonic: it’s an intriguing new instalment in Friedman’s always interesting career.” (review by Colin Buttimer / eleventhvolume) 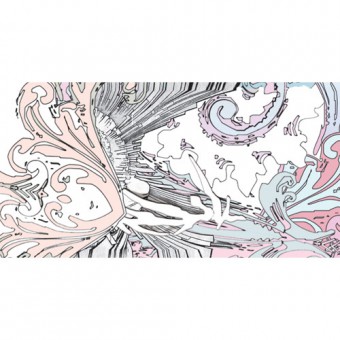