Friedman takes liberties in recounting the vast career of the producer and composer Atom™, creating the Replicant Rumba Rockers as a facade that lets him excerpt his favourite bits of Atom™-dom into wild and wooly new music. His some 50 album releases on the Rather Interesting (RI) label seem like cultural artefacts from the remote future — an invented world that does not automatically give the authentic preference over the fake. The flavour on this particular appropriation is decidedly Latin. Friedman presents the fictional Replicant Rumba Rockers in a costume whose worldliness is self-evident — draped at first in the traditional hues of simulation, but ultimately cloaked in their own inscrutable logic.

“Enter fellow countryman, Nonplace label head and Atom’s duo partner in Flanger, Burnt Friedman, who’s taken it upon his good self to remix Atom’s collection of more ethnically based projects into one “DJ friendly” mix cd. Here on this release, we find selections from almost all of Atom’s back catalogue, resampled, reshaped and re-sculpted into one continuous 42:17 long mix. The results are promising; Friedman has come along and has tweaked each with his patented cut, paste and filter magic touch, from the scattered beats of Dropshadow’s “Ditto” to the delayed panning of Roger Tubesound Ensemble’s “Miniature in F Minor”, each piece has been handcrafted to ensure maximum sonic pleasure. Replicant Rumba Rockers is the perfect release for you party animals who wouldn’t dream of playing one of those cheesy Chill Out compilations but worry that your Esqivel CD may just be a bit much for your classy guests. Put this baby on at your next dinner party or whenever your significant other wants to go salsa dancing, and you should win a few friends who will demand to borrow this at the earliest opportunity. Very cool.” (review by Olli Siebelt) 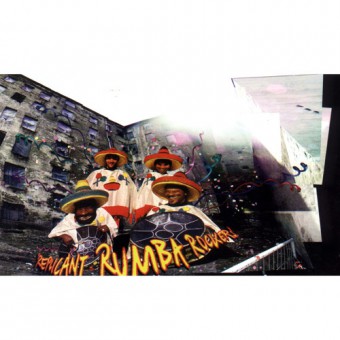