Moods and impressions from Friedman’s Sub-Saharan concert tour in 2013 as well as fragments of memories of an imaginary future fuse together in the music and text of all eleven tracks. These responses to real-life “kpafuca” (“things falling apart”) – conditions in African metropolises – collapse into grooves and phrases reminiscent of Chris Marker’s sci-fi apocalypticism (La Jette, Sans Soleil).

The impact of the eleven sound poems derives less from intentional meaning and symbolism than from fortuitous coincidences, cut-ups, and flashes of inspiration in the course of handling the audio material. Rather than a composed narrative the tracks reflect the inner reality of the authors Burnt Friedman and Daniel Dodd-Elis.

This polyphony of non-places also includes the spirit of sound explorers such as the musical-ethnological practitioners Hartmut Geerken and Roman Bunka (Embryo) whose visions and musical activities refuse to succumb to reductionist and essentialist staging. In “Cease to Matter”, Friedman intuitively pits the liberating power of noise, of über-mensch-maschinen music, against those cultural landscapes repeatedly automatically inscribed into music. Odd beats and random technical defects – that is to say, disobedience (“Un-gehör-sam”, Johannes Ismaiel-Wendt) – are pitted against the normative interpretational supremacy of musical world maps.

“Art deals with a perceptual space that we are not intended to grasp. The processes behind the eyes are relieved of the duty to have to react to an event with a fitting action. We are able to leave ourselves alone without exception. To concentrate on the absorption of something unknown. The complexity of the manifestations in the image does not call for a swift reaction, does not expect an answer. We are not in danger. No test is being undertaken. Everything out of the ordinary before us and within us takes place voluntarily, but at the same time compellingly and consternatedly. These circumstances make it clear why we visit such places. Why we spend time on these gazes. The artists are the dumbfounded ones who paint these pictures, pare the sculptures from the material, and stage spaces of the incomprehensible. In which we create and/or lose ourselves. For the work, having left the studio or workshop to now stand opposite us, conducts its own unique and unpredictable dialogue with the viewer.” (Theo Altenberg, Welt Würde Ernte Tanz, manuscript, 2012)

Theo Altenberg lives in Berlin and works in the media of performance and music, language, painting, and video.

The voice of Daniel Dodd-Ellis, a Berlin-based performer and vocalist, was first heard on Burnt Friedman’s 2007 album First Night Forever (non22). The lyrics stem from both artists and were cut-up and re-assembled several times over by Friedman during production in 2013 and 2014. The line “Skies are blue inside of you” comes from Aldous Huxley’s novel Brave New World, which appeared in 1932. Tracks 04 and 09 (“Cease To Matter”) contain a piano sample edit based on a composition by Georges Ivanovich Gurdjieff (1872–1949). 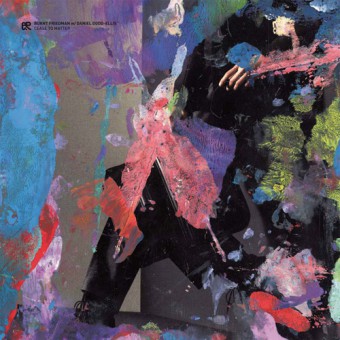 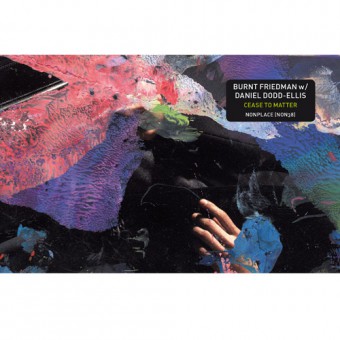