released on CD, 2001/ The album is described by Friedman as “the rhythmic poetry of Amor”. It incorporates vocalists, dialogue, field recordings and … handclaps.

Live instruments and digital manipulation collide in a sonic hinterland of human and hardware, a “synthesis through experiments in time”, soul and physicality, women who are “sleek like a Walkman” and the occasional surreally pornographic passing comment of the “I’m a buttman, myself” variety. Love Songs is a cornucopia of sexual relations capturing lust, intimacy, desire and poetry; bad sex, taboo-breaking and emotional frailties.

Recorded between 1996 and 2000, Love Songs is actually the third, finely honed incarnation of an album originally scheduled for release on Dot Recordings and, subsequently, KiffSM, both of whom ceased trading before the album could be released. Friedman actually established his own Nonplace label to finally get this astonishing music out there. Hence the title of the opening track, “Fucking Long Time” …

Typically, parts of the album were recorded across Europe and the world, the recording featuring contributions from guitarist Joseph Suchy, David Franzke (Melbourne), Theo Altenberg, Black Sifichi (Paris), Marcus Jaan and Johanna Hjorth (both Gothenburg, Sweden); not to mention a sample of the voice of Henry Lee Lucas on “Sex Is Not Right”.

“(…) In the world of bedroom-anthems, Burnt Friedman’s tunes are extra-lumpy raspberry flavoured French tickler smeared with mauve lipstick. Odd, in other words. Bizarre rhythms which really demand to be tried funk and bounce all over the place, electronic noises that would put even the most tuneful bed-spring to shame pootle around Friedman’s leftfield melodies. Meanwhile exceedingly peculiar spoken word commentaries shed a whole new and decidedly innovative light on the business of making the two backed beast. Funk-jazz trip-hop electronology with a serious hormonal wonk the best after Christmas relief you can have.” (review by Robert Heller) 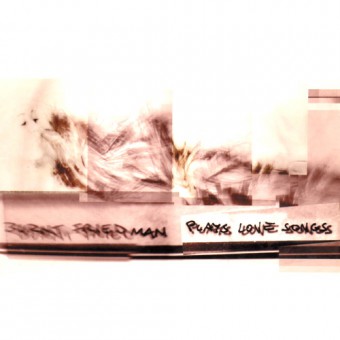