Vinyl has sold out

“Starting out in 2011 and working its way back to 1993 over the course of six tracks, this 12” gives a relatively concise take on Burnt Friedman’s expansive repertoire of shape-shifting electronica. Never being one to rest easily within genre restraints, the German producer’s boundary pushing ethos comes across in the breadth of this work, as does the meticulous attention to merging the acoustic and electronic.”  Vinyl Factory

“Words can’t really do this one justice, completely unique and unlike anything else out there right now, hugely tipped.” BLEEP

“The Pestle demonstrates though that Friedman’s vision has always maintained some sense of lineage even as his processes may have changed, the tracks at times weaving the kinds of complex polyrhythms so perfected by the producer over the span of numerous recent releases.”

“The sweetness of these tracks is a welcome contrast to Friedman’s sterner later productions, but in other respects they aren’t so different. Just as his recent music uses unconventional rhythms to escape Western tradition, these tracks, like much ’90s electronica, use the momentum of rave culture to break free of conventional forms. In both cases, the goal is to escape the familiar—and Friedman is one of the most gifted escape artists out there.” (Angus Finlayson) 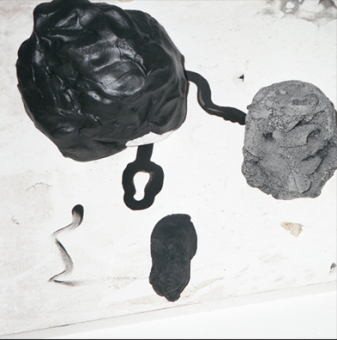