“There´s a degree of nimble intelligence and wayward non-utilarian playfulness/adventure from both Schmidt and Friedman that gives Flanger a totally unique spin.” (Real Groove, NZ 2005)
“The most compelling, intricate and witty electronic collaborative utterings to date. This is light years ahead of what anyone else is doing.” (footloose magazine, U.K.1999)
“Tracks on Templates function as sonic time tunnels.” (The Wire, U.K.1999)
“Heaven on plastic for jazzniks and avantgardists.” (Update, 1999)
“Jazz tipped on its head, taking it to places other producers haven´t dreamt about yet.” (DJ, 1999)
“Breaking down the barriers that exist between the electronic and the acoustic.” (What´s On, 1999)
“(…) makes almost everyone else look 20th century in their music making.” (The Wire, 2000)
“The perfect soundtrack to 21 century horizontal dancing.” (Jockey Slut, U.K.2000 )
“This is lightyears ahead of what anyone else is doing.” (footloose magazine 1999)
“Future Glitch Jazz of the highest order.” (bpm magazine, U.S.2007)
“Flanger’s Templates (…) was regarded as a milestone for electronica, in that it took some well-worn jazz tropes and demolished them with an album full coruscating wit and playful invention.” (Sonic Futures, N.Z.2007) 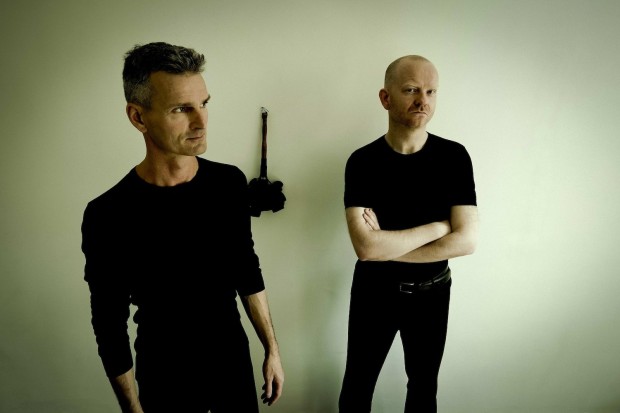 Atom™ is one of the most prolific contemporary electronic musicians of our era, with over 200 releases produced under a dizzying array of aliases. Producing and releasing music since 1990, he is considered to be responsable for the one or another fusion of musical styles, triggering entire sub-genres of electronic music such as “glitch-pop” (album “Pop Artificielle”, 1999) or, perhaps his most well known and celebrated project is Señor Coconut, of “Cha cha cha” Kraftwerk cover fame, which initiated the “Electrolatino” movement in 2001. As producer, remixer and collaborator he was worked with and for musicians such as Ryuichi Sakamoto, Towa Tei, Yellow Magic Orchestra, Depeche Mode, Tom Tom Club, Bill Laswell, just to name a few. Pushing the envelope since more than two decades he keeps producing, releasing and performing electronic music, last with his “HD” album and the related audio-visual live show.

Burnt Friedman is one of Germany’s most long established and highly rated electronic musician with a career spanning almost 40 years. He was born in Coburg, Germany in 1965 and has lived in Berlin since 2009. After initially being a student of art in Kassel in northern Germany, Burnt started to focus on music exclusively from the late 1980s onwards. He went on to attend the Academy of Media Arts in Cologne as a postgraduate student and began to publish his musical works along with his studio productions in 1979. He also began performing live around the same time, both of which soon attracted the attention of the Cologne electronic music scene. From there he progressed to various notable music collaborations throughout the 1990s on projects with the likes of Can´s drummer Jaki Liebezeit, Hayden Chisholm, Root70, Steve Jansen and David Sylvian.
In 2000 Friedman launched his own record label, Nonplace, with 41 releases to date. His studio and on-stage partnership with Can drummer Jaki Liebezeit, now dates back 15 years; the two musicians have developed pioneering electronic-acoustic music, so called “Secret Rhythms”.